The Div I trip to the Imperial War Museum was a memorable one. We would not necessarily remember all of the stunning artefacts of the WWI and WWII exhibitions, but rather the harrowing history that lay beneath.

Never before had we been exposed to such acutely distressing stories originating from the deepest depths of the Holocaust.

We started the day by looking around the WWI showcase - the museum had put together a vast and brilliant collection - with weapons ranging from knuckle dusters to artillery guns and vehicles spanning from early tanks to bullet-laden fighter planes. Not only did the museum display physical items from the Great War, but it combined audio recordings of letters and poetry with videos and pictures from inside the trenches themselves. It is true to say that the overall construction of the exhibition - including the realistic sound effects and trench-like set-up - really brought the museum to life.

Though the WWII exhibit included fewer animated scenes, its vibrant compilation of memorabilia redeemed it. The highlight of this showcase was probably the open cockpit of the WWII Lancaster Bomber; visitors could really come to terms with the complexity of the plane and its functions. This, in a way, was much like the next exhibition we visited; though we knew that the Holocaust certainly existed, we had never been able to appreciate fully the concealed truths behind it.

At first, being boys, we wanted to skim through the exhibit - only searching for cool weapons and armoured vehicles; but after only one room of the showcase, we found ourselves spending at least ten minutes in awe and shock in front of each display case. Images of mass graves, distressed mothers and starving children immediately overwhelmed us as a division - we each seemed to question how so many people could come together to commit such an abomination against a single race - with no justifiable reason for their treacherous actions.

The room we found most moving was one where Jews who had survived the Holocaust retold their disturbing and mortifying experiences. We all sat there, frozen with disbelief, and simply watched and listened. One woman told of how she had watched her mother deteriorate from healthy and strong to frighteningly weak during her family’s stay in the ghettos. As a girl, one of her few rations was a bottle of oil - she fed this to her mother each morning, hoping it would somehow save her from eventual starvation. Sadly, it did not.

We thank Mr McKinnel and Mr Browning-Bland for this trip: we learnt a great deal from the visit and gained an understanding of many interesting but alarming topics. 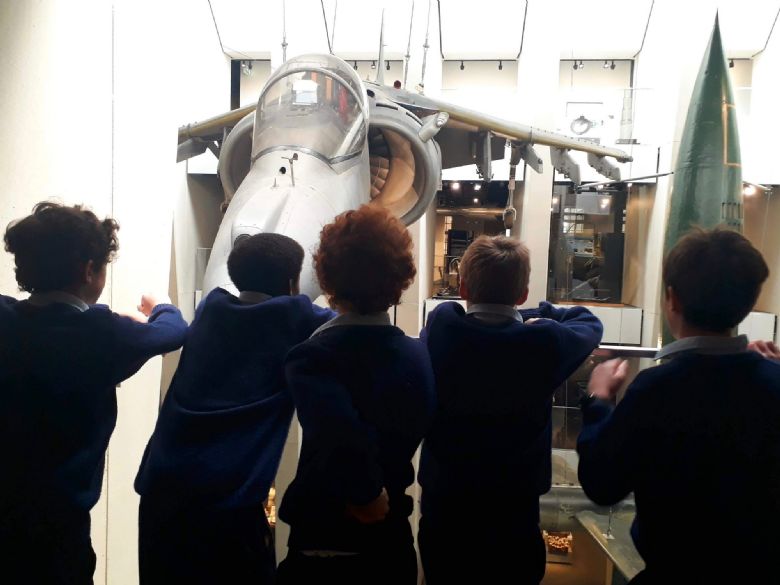