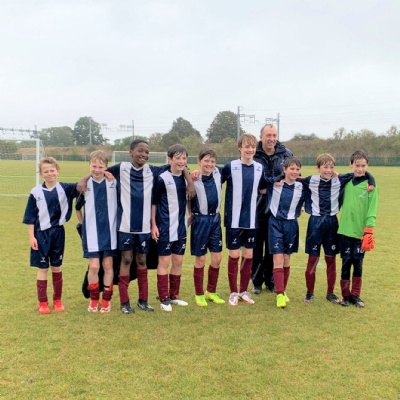 The finals of the regional heats of the IAPS U13 7-a-side football tournament came down to a thrilling penalty shoot between Ludgrove and Lambrook, with Bear's save claiming victory for Ludgrove.

There were goals from Willoughby and Max in the quarter final, Tilewa from Oscar's corner in the semi finals and Christopher's penalty in the shoot out. This was supported by great tackling from Henry G and passing from William and Henry E.

To cap it all, our young keeper, Bear, made amazing double saves in the final before stopping the last penalty.

As a result, the team has booked its place at the IAPS U13 7-a-side national football finals on 21st November.