Wonderful talents on show in the Poetry Recitation Final Twenty five brave semi finalists took to the stage at Ludgrove (one was recorded because he was at the IAPS U13 7-a-side Football Final ) on Sunday 21st November to perform their chosen piece in the Poetry Recitation final in front of the whole School.

Mr French had the hard job of judging the raft of stellar performances before naming the winner from each Year group. These were;

Patrick in the VIs (Year 4) - Would You Rather? by Joshua Siegel

Henry in the IIs (Year 7) - Jabberwocky by Lewis Carroll

Benji in the Is (Year 8) - Talking Turkeys by Benjamin Zephaniah

Much to the delight of his fellow IIs who cheered from the balcony, Henry was awarded first prize and the Poetry Cup for his rousing performance of Jabberwocky.

Congratulations to all who took part in the competition that is a highlight of the Michaelmas term. 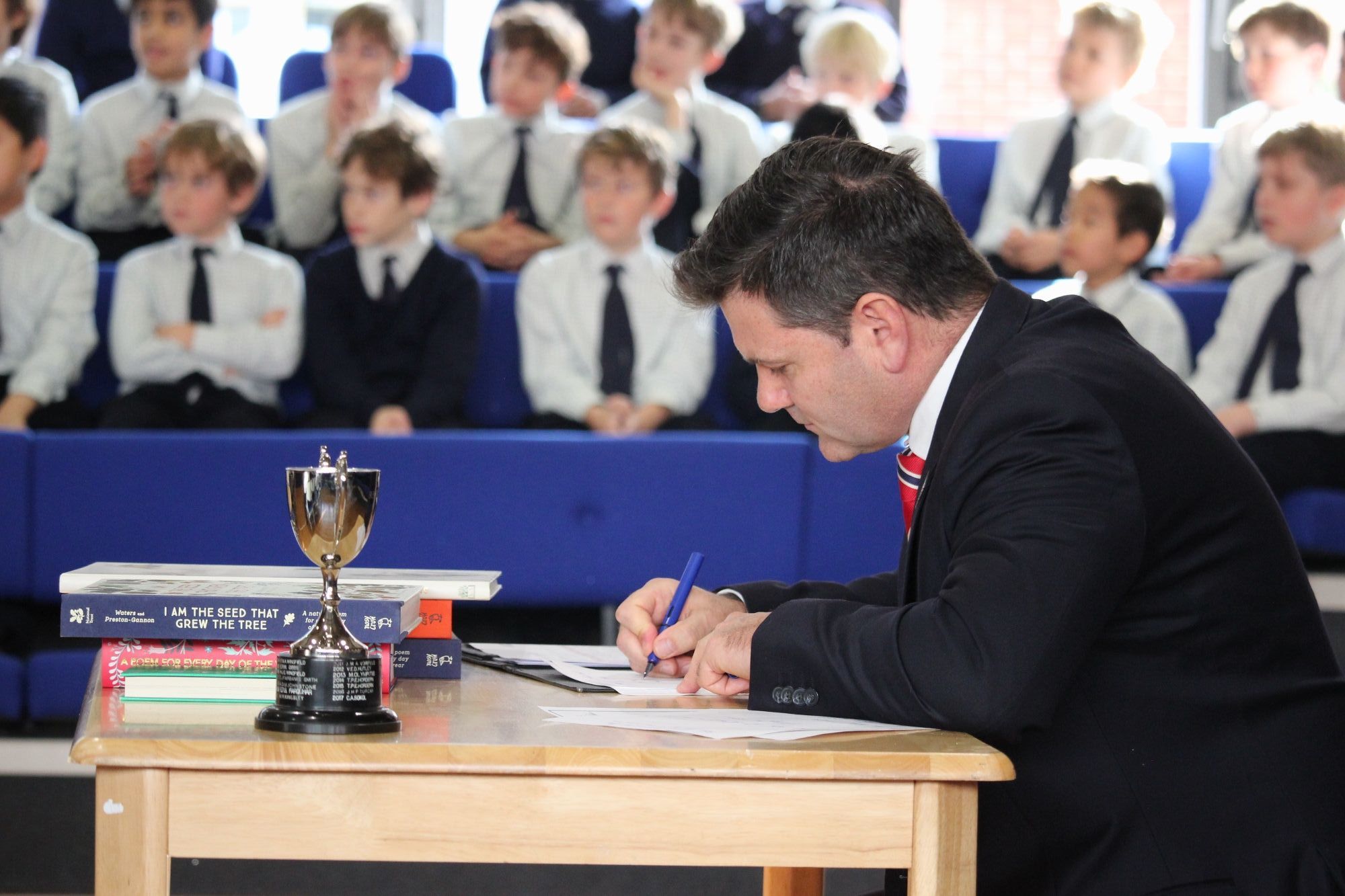